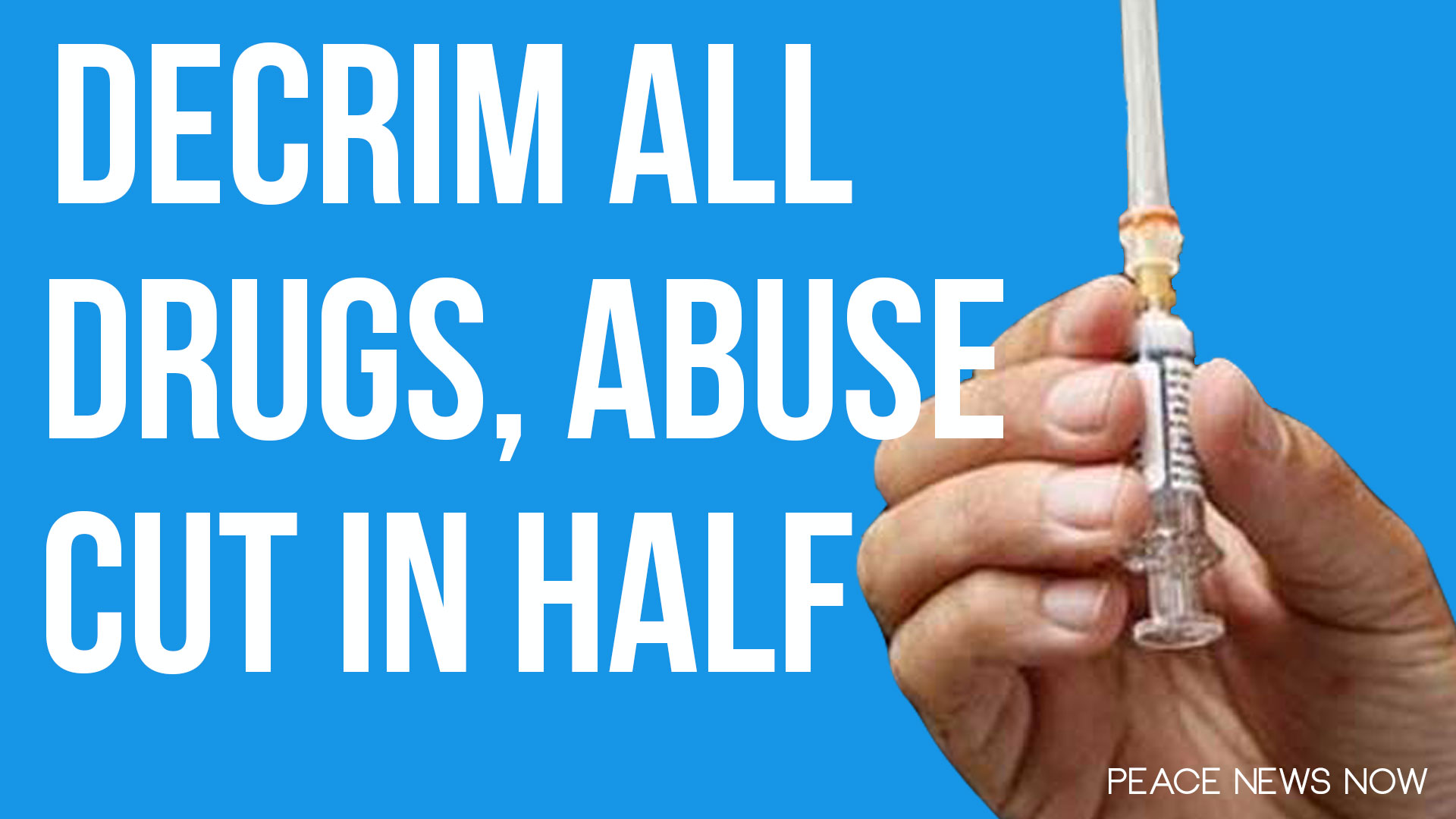 Portugal: Drug Abuse Down Half after Decade of Decrim

This episode brought to you in part by Blockchain.info

Drug warriors often contend that drug use would skyrocket if we were to legalize or decriminalize drugs in the United States. Fortunately, we have a real-world example of the actual effects of ending the violent, expensive War on Drugs and replacing it with a system of treatment for problem users and addicts.

Ten years ago, Portugal decriminalized all drugs. One decade after this unprecedented experiment, drug abuse is down by half:

Health experts in Portugal said Friday that Portugal’s decision 10 years ago to decriminalise drug use and treat addicts rather than punishing them is an experiment that has worked.

The number of addicts considered “problematic” — those who repeatedly use “hard” drugs and intravenous users — has fallen by half since the early 1990s.

This development can not only be attributed to decriminalisation but to a confluence of treatment and risk reduction policies.

Many of these innovative treatment procedures would not have emerged if addicts had continued to be arrested and locked up rather than treated by medical experts and psychologists.

Currently 40,000 people in Portugal are being treated for drug abuse. This is a far cheaper, far more humane way to tackle the problem.

Rather than locking up 100,000 criminals, the Portuguese are working to cure 40,000 patients and fine-tuning a whole new canon of drug treatment knowledge at the same time.

None of this is possible when waging a war.

The War on Drugs is connected to the US Dollar. Stop using it. Learn about Bitcoin at WeUseCoins.com

The rate of global bitcoin adoption has slowed dramatically since peaking in April, but a number of standout locales are bucking the trend and seeing surges of enthusiasm. We noted China’s massive increase in adoption early last month, but a new outlier has since arisen: Argentina.

Between June and July, the South American nation’s share of global bitcoin downloads more than doubled from just over 1% to nearly 3%. In fact, of the countries ranking in the top 50 most bitcoin client downloads in June, Argentina is the only one to increase its rate of download so far this month.

In a story familiar to any bitcoin enthusiast, the digital currency is being sought after for two key reasons: debasement of national fiat and increasing capital controls. Inflation has been a significant problem for Argentina for years, but has come to the forefront after a series of public events highlighted just how bad the problem had become.

Avoid inflation by trading in alternative currencies like Bitcoin. More at WeUseCoins.com

But what can you buy with Bitcoin? Literally millions of things! And now among them, legal representation:

On July 1, Law Firm Nesenoff & Miltenberg LLP took the step to provide the option for payment in Bitcoin.  The Bitcoin currency is not a new concept to this Manhattan based full-service commercial law firm as Nesenoff & Miltenberg LLP, otherwise known as “N&M”, provides legal services for Bitcoin related businesses. N&M finally made the significant step of providing clients an opportunity to pay for services with Bitcoin through BitPay Inc, the lead Bitcoin payment processing company.

Secure your bitcoins in the free online wallet at Blockchain.info

Fugitive NSA leaker Edward Snowden today applied for asylum in Russia and, as a condition, agreed to stop harming the U.S., according to a Russian lawyer who is advising him, but that doesn’t necessarily mean headline-grabbing stories about the U.S. government’s vast foreign and domestic spying programs will stop.

Putin has said that Snowden can stay in Russia, but only if he stops “harming” the United States by releasing more intelligence secrets. Speaking with Russia’s Interfax news agency, Kucherena said that he asked if Snowden would “abide by the conditions” imposed by Putin and said that Snowden replied, “I will fulfill his condition.”

But while Snowden agreed to stop leaking secrets, it could prove a technicality since he has already said that he gave all of his classified information — thousands of documents — to several journalists. The most prominent of which, The Guardian columnist Glenn Greenwald, told ABC News Friday that he’s not even half done with the stories he plans to write based on the secret information.

This episode brought to you in part by WeUseCoins.com.

Support for peace news now comes from WeUseCoins.com and from listeners like you. you can feed the peace machine bitcoins at peacenewsnow.com/donate