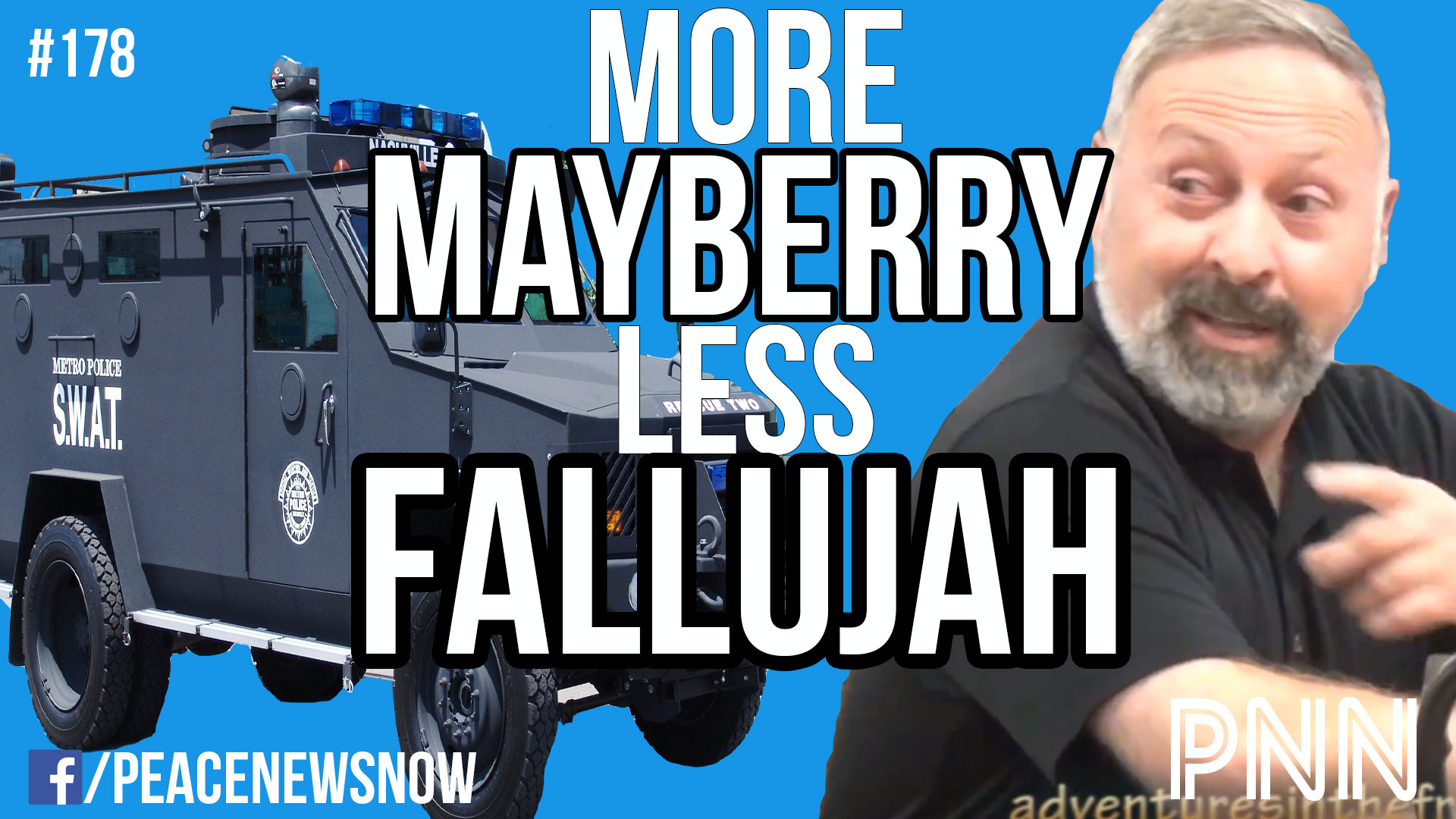 Saturday, August 17th 2013. 1 ounce of silver is 23 dollars. 1 Bitcoin is 109 dollars. Peace News Now is brought to by friends of http://WeUseCoins.com and by you, the listener.

Free State YouTuber Bikerbill got the best footage of the speech, which includes additional footage not seen in the video that went viral on Reddit earlier Thursday. The speaker identifies himself as Peter Martino. Martino, it turns out, is a whistleblower that has spoken truth to power before.

Although these types of tank acquisitions have been happening all over the country for years, it is no accident that 2 international stories have originated from New Hampshire. New Hampshire’s small population allows for just a small contingent of activists to be 50 times more effective than they would be alone in any state. Not only is the concentration a bonus, but the spirit of “Live Free or Die” is already embodied within natives. If you love liberty, check out the growing list of reasons to move to New Hampshire at http://FreeStateProject.org – That’s http://FreeStateProject.org

Kashmir Hill writes at http://Forbes.com that things are getting serious for Bitcoin this month: a federal judge declared it real money, Bloomberg gave it an experimental ticker (XBT), and now the New York State Department of Financial Services wants to drag everyone in the world of bitcoin into court. Big government is playing the part of your omnipotent protector against boogymen real and invented, NYSDFS superintendent Benjamin Lawsky called bitcoin, quote, “a virtual Wild West for narcotraffickers and other criminals.”

The department is starting out by subpoenaing 22 digital-currency companies and investors to get a lay of the Bitcoin land. A subpoena doesn’t mean criminal activity has taken place, but Liberty Reserve — a virtual currency recently taken down by the feds — is on the mind of the department as it investigates Bitcoin.

Bitcoin has already been getting lots of attention on the federal level. The IRS has been encouraged to make sure people pay tax on it. The FBI realizes it’s useful as a currency for illicit activity. The SEC has argued that it is indeed money and that people could go to jail depending how they use it. And the Department of Treasury has ordered those businesses that exchange bitcoin for dollars must shut down, go to jail, or register with the state and feds as a money transmitter and pay a bond which can cost several million dollars.

In addition to responding to the subpoenas, a few of the Bitcoin companies are likely going to need to register as money transmitters in New York. Earlier this summer, California sent out at least one warning letter to the Bitcoin Foundation.

One thing is certain: The only thing government can do is introduce the threat of violence where it didn’t exist before.

Peace News Now is brought to you by friends of http://WeUseCoins.com and by listeners like you. Share this episode, catch us on the Next News Network, and send some bitcoin to http://PeaceNewsNow.com/Donate. I’m Derrick J, reminding you that Peace is the way!