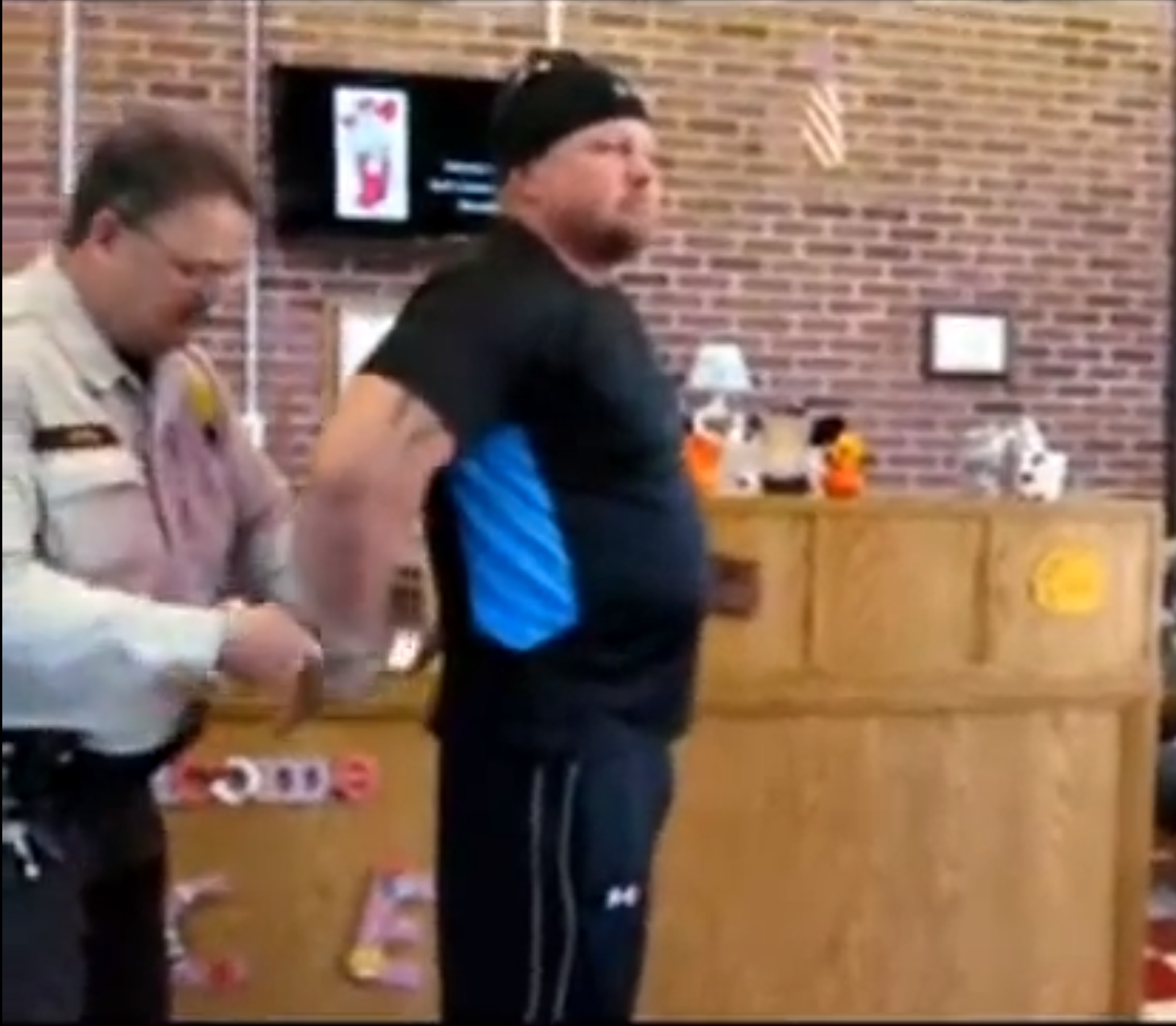 Father Arrested Getting Kids from School

Hey everybody, Welcome to Peace News Now, your daily journal of peaceful resistance! I’m DerrickJ. Today’s tuesday, November 19th 2013. 1 ounce of silver is 21 dollars. 1 Bitcoin is 585 dollars. This episode is brought to you by friends of http://WeUseCoins.com . You’ve probably been hearing a lot about bitcoin in the news. If you’d like to learn more about how you can use this new currency, I recommend you visit http://WeUseCoins.com . It’s the perfect launching pad to get started. That’s http://WeUseCoins.com

The Boston Police will be getting GPS trackers added to their cars, and they’re NOT happy about it. The Police Union and the City Bureaucrats struck a backroom deal in which it was agreed that the GPS’ would be added to police cruisers for more accurate monitoring and faster response time, and in return, the police would get more pay, government goodies, and other special benefits. It’s good to be muscle for the king.

As part of the new changes, cameras will be equipped in district booking stations to record cops booking suspects. But it’s the GPS devices that have stirred the most anxiety. Cops are worried that commanders will monitor their every move. They worry that under such a system they will have to explain themselves and possibly compromise their ability to strongarm snitches to rat on their friends.

One cop who spoke under the condition of anonymity said, quote, “No one likes it. Who wants to be followed all over the place? If I take my cruiser and I meet [reluctant witnesses] to talk, eventually they can follow me and say why were you in a back dark street for 45 minutes?”

As part of sweetening the deal for the cops, they cannot be disciplined based on any information collected by the GPS devices in the first six months following their installation. They also get more than a month’s notice before the GPS’s are even installed. And the department must alert an officer if anyone from the public requests his or her GPS records. So if you ask for Officer Joe’s GPS route because you saw him engaging in some possibly criminal behavior, now Officer Joe knows that you’re keeping an eye on him. Hopefully this doesn’t result in police intimidating those who seek to hold them accountable.

A lawyer for the Boston Police Patrolmen’s Association says, quote “If he goes a mile over the speed limit, someone can question that. It’s quite an intrusion on people’s lives.” Irony sure isn’t lost on this lawyer.

Some fear it could make police vulnerable to tech-savvy criminals, but any criminal with a smartphone can already tap into nearly any police department’s radio transmissions.

“How long is it going to be before some criminal mastermind . . . gets some kids at MIT to figure out how to break into the GPS system?” he asked. “Then they know where the cops are and can go rob banks.” It’s like the cops live in a cartoonish version of reality with mad scientists and criminal masterminds working out of MIT to go Dillinger on the banks… How out of touch are the modern crime-stoppers from modern crime?

The City Council must decide whether to force residents of the city to pay a 14% tax hike for the package. That includes raises, additional money for longevity benefits, bonuses for officers with college degrees, and other perks. This amounts to a 25 percent increase in police pay over six years. Not bad for an empire in decline.

Speaking of empire in decline, a father in Tennessee was arrested for picking up his kids from school. The police charged the man with disorderly conduct, a popular catch-all charge that is difficult to dispute in court and often carries a penalty of one year in jail. Fortunately for the man, someone was recording the interaction, where he can be seen conversing with school employees and a police officer. Although the police officer several times raises his voice and threatens to do bad things to the man, the man keeps a calm attitude. The man, named Jim Howe, says, quote, ““I’m not raising my voice, I’m not confrontational, I want my kids.” The father is threatening a lawsuit against the police for wrongful arrest. Will a lawsuit make it right? Will a lawsuit stop this from happening in the future? How do we balance peaceful non-compliance with strategic victories?