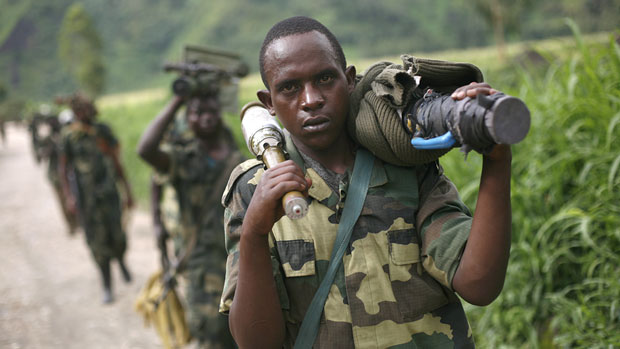 Peace talks between Congo’s government and rebels faltered Monday when rebels did not show up for the second day of negotiations.

The delegation from the M23 rebel group stayed in their hotel in the Ugandan capital, Kampala. They did not say whether or not they would show up for the talks on Tuesday.

The negotiations got off to a tense start Sunday, with M23 rebel representative Francois Ruchongoza blaming the country’s conflict on poor governance and a lack of what he called “visionary leadership.”

M23 withdrew from the eastern Congolese city of Goma last week, but has threatened to retake the city if the government fails to begin negotiations.

The rebels defeated the Congolese army in a series of battles this year.

A panel of United Nations experts has accused Uganda and Rwanda of supporting the rebel group, something that both countries have denied.

M23 is made up of former rebels who were integrated into the Congolese army in a 2009 peace agreement. The rebels deserted the army earlier this year, complaining of discrimination and poor treatment.

The fighting has displaced more than 100,000 people in Congo’s North Kivu province, aggravating an already serious humanitarian situation in the region.