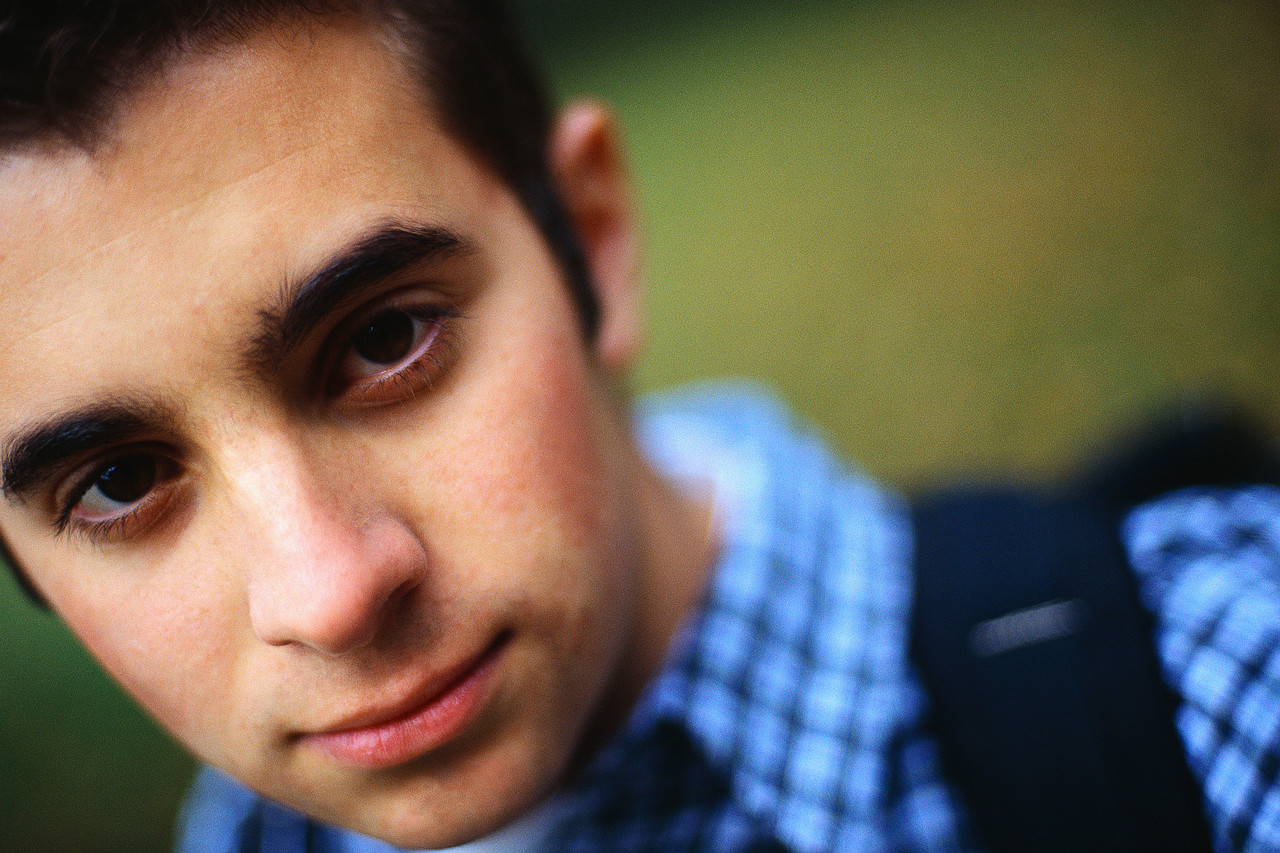 CHICAGO (CBS) – The parents of a 15-year old boy who was allegedly strip-searched at a high school last month have filed a lawsuit against the Chicago Public Schools.

In an exclusive interview with CBS 2 Investigator Pam Zekman, the boy and his outraged parents described what happened.

“He came home crying. So I asked him why he was crying,” said the boy’s father, Anthony Woodman. “And he was like hysterical. He tells me he’s been strip-searched.”

His mother, Michelle Woodman said she contacted the CBS2 Investigators “so this doesn’t happen to anyone else. No one should go through what our son went through.”

The student said two security guards, a Chicago police officer and a female assistant principal took him from an room where he was serving an “in school suspension” to a nearby washroom on the second floor.

Asked if the officer or assistant principal said anything, the student said, “They told me they had an anonymous tip. They were looking for drugs.”

He said, while the others watched, one of the security guards put him up against the wall of a bathroom stall so his back was to the guards.

“And then he searched me with my clothes on,” the boy said. “Then he told me to remove my belt. As I undid my belt he pulled my pants and underwear down to my knees.”

After that, “He started grabbing and searching my privates,” the boy said.

He said they did not find any drugs.

As for the strip search, his father said “there needs to be consequences for what they did to him.”

Now his parents are suing everyone allegedly involved, and Chicago Public Schools and City of Chicago.

“What we are claiming is that his civil rights were violated when he was strip searched without cause and unreasonably,” said Julie Herrera, the Woodman’s attorney.

“The way it was done was outrageous,” Herrera said. “Having a 15-year-old boy have to have a woman – an older woman – watch him with his pants down, while he is touched by another man. I think is horribly humiliating and embarrassing.”

His mother said it was humiliating for her son, and it has adversely affected him.

“He is very withdrawn. He sleeps with his clothes on. He’s had nightmares,” said Michelle Woodman. “He is very angry. He’s depressed. He is just not the same person.”

A CPS spokeswoman said their policy is that “under no circumstances are strip searches of students allowed on CPS premises.”

Spokeswomen for both CPS and the Chicago Police Department said they cannot comment on this case until their investigation is complete. 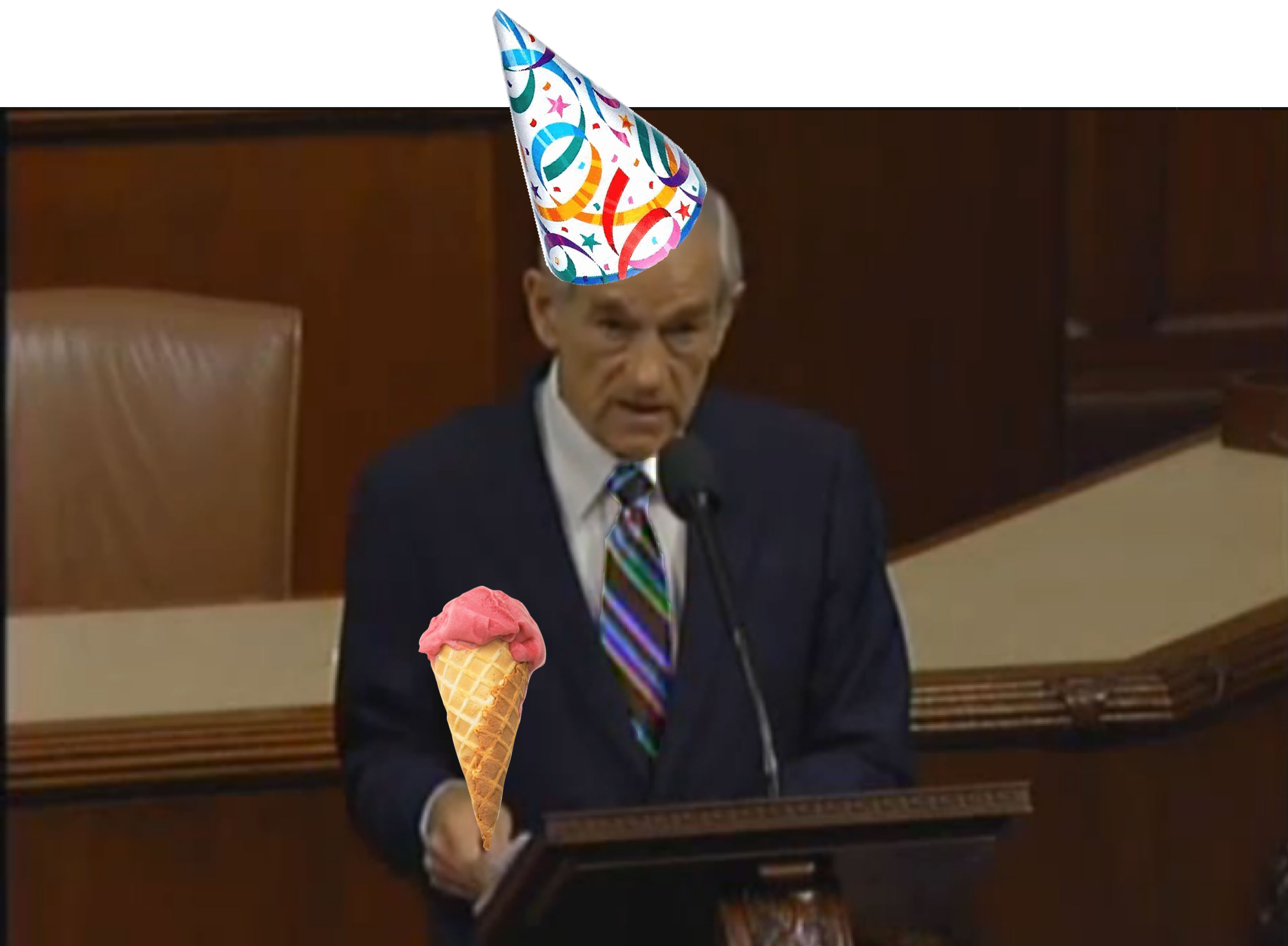 If you follow my blog with any regularity, you know that I produce the comedy news show, ADAM VS THE MAN. Yesterday was one of the most hated and negatively rated videos of my career with AVTM. The reason? I wrote a piece ever so slightly critical of Libertarian golden calf, Ron Paul:

Check out the viewer sentiment shared in the comments section of the video by clicking the thumbnails below: 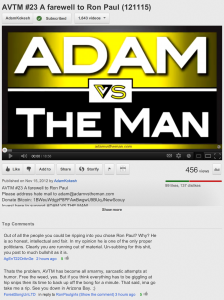 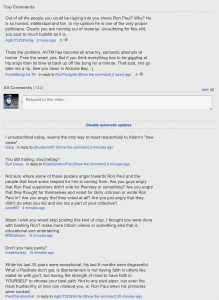 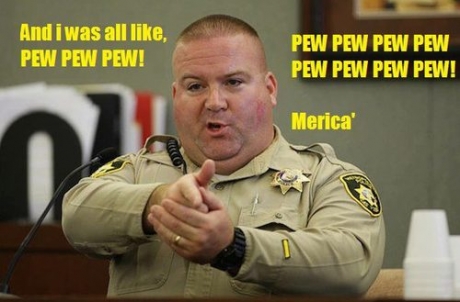 Right-click and select “Save As…” to download this episode!

Click on the image below to play the episode, or right-click to save it. To read my super-secret show notes, click here.

In this episode, I sit down in-studio to speak with Ali Havens about some news topics. Some things we talk about today are:

I am recording the first episode of Peace News Now today! Later, I will edit my interview with Ali Havens together, and we will have a completed podcast. I will upload it to my new Libsyn account and then broadcast it to the world!