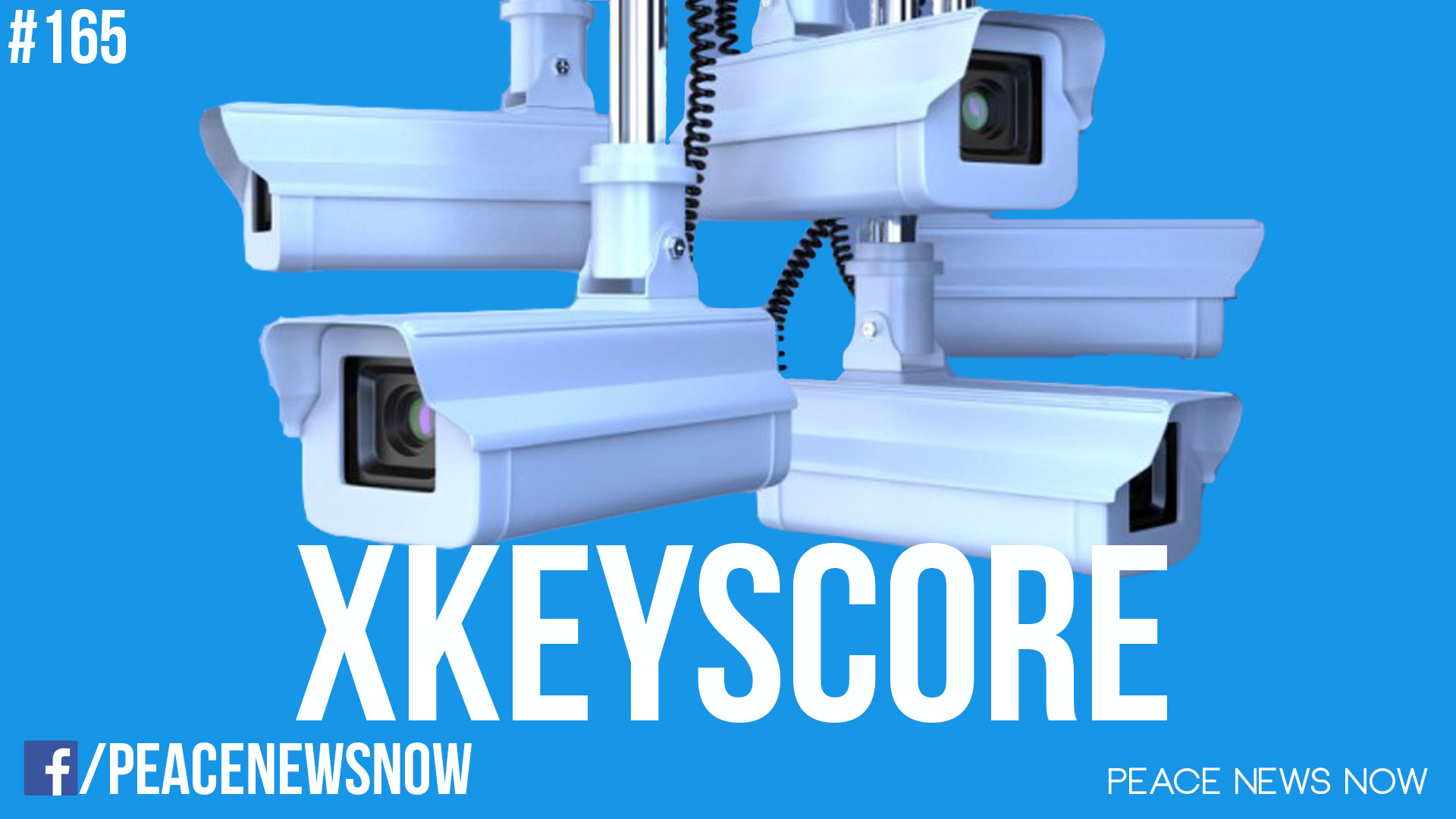 Friday, August 2nd 2013. 1 ounce of silver is 20 dollars. 1 Bitcoin is 106 dollars. Peace News Now is brought to by friends of http://WeUseCoins.com and by you, the listener.

Glenn Greenwald from the Guardian reported Wednesday yet another bombshell about NSA spying. It’s called XKeyscore. The NSA uses it to collect, quote, “Nearly everything a user does on the internet.”

The NSA called Snowden a liar and denied the ability to see your online content. Now you can see the government’s powerpoint slides for yourself. They were lying again. Those given the blessing from government are able to use a piece of software with drop-down menus filled with excuses for spying, and boom: they’ve got access to the full content of your emails, your private facebook messages, and your full browsing history. In addition to emails, websites and metadata, XKeyscore also allows the analyst access to an individual’s internet activity in real-time.

When asked why he didn’t reveal this information sooner, Greenwald responded that he has published almost 2 dozen exclusive articles about NSA spying in the past 7 weeks. He added, quote, “There are thousands upon thousands of documents and they take time to read, process, vet, and report. … There is a lot more to report still. Accuracy is the number one priority. That takes time.”

The good news is, Andy Greenberg at Forbes reported Wednesday that the same day this latest Snowden revelation broke, the director of the NSA was heckled at a speech. He was speaking in Las Vegas when John McCoy, a 30-year-old security consultant, interrupted with some thoughts of his own. He shouted, quote, “I don’t trust you!” Another person from the audience joined in, quote, ““You lied to Congress. Why would people believe you’re not lying to us right now?” The NSA Director was visibly shaken. He tried to shake off the comments as gracefully as he could, but ultimately, the damage had been done. Truth had been spoken to power.

In other news, Derrick J’s Victimless Crime Spree turned 1 year old on Wednesday. If you still haven’t seen it, check it out free on youtube or at http://VictimlessCrimeSpree.com . And if you love liberty, consider moving to New Hampshire for more freedom. Learn more at http://FreeStateProject.org .

This next story brought to you by http://WeUseCoins.com .

Fortunately for Snowden, RT reports that he has finally been given asylum in Russia and has left the transit zone of the airport. With his newly-awarded legal status, Snowden cannot be handed over to the US authorities, even if Washington files an official request. He can now be transported to the United States only if he agrees to go voluntarily.

This next story brought to you by http://Blockchain.info

The US Army has ordered all of its personnel NOT to read the Guardian article revealing NSA spying. Quote, “Do not go to ‘The Guardian’ news website as they have TOP SECRET slide show on the main page and you will be flagged.” The email continued, quote,

“If someone is not included on this email inform them this website is off limits. If anyone has visited this page today and clicked on any ‘NSA program’ slide show please inform me immediately. It is much easier fix (sic) an issue before it becomes a problem then (sic) after it becomes a disaster.”

Only in government work can knowing the truth be a disaster.

It’s a bit backwards that Snowden narrowly escaped the land of the free to find safety in Russia. He may feel safe, but in Russia, public displays of affection by gays, including holding hands or displaying symbols like a rainbow flag, are punishable with violent arrests and jail time. This doesn’t just include Russians. Foreigners face similar penalties plus deportation. At least one Olympic athlete, openly gay New Zealand speed skater Blake Skjellerup, has already pledged to wear a rainbow pin during the Olympic games held in Russia later this year.

Withdraw your consent for coercive governments by trading in bitcoin. Learn more at http://WeUseCoins.com

And in street theater news, a giant tub of Crisco appeared next a famous Detroit statue depicting a fist. The giant container was open and had an indentation from the fist. Although the artist is unknown, the message to Detroit City Council is clear.

Yesterday Illinois became the 20th state to allow medical cannabis. These 20 states directly contradict the Federal Government’s scheduling of the drug as having no medical purpose.

In other uplifting news, an abandoned Walmart has been converted into America’s largest library.