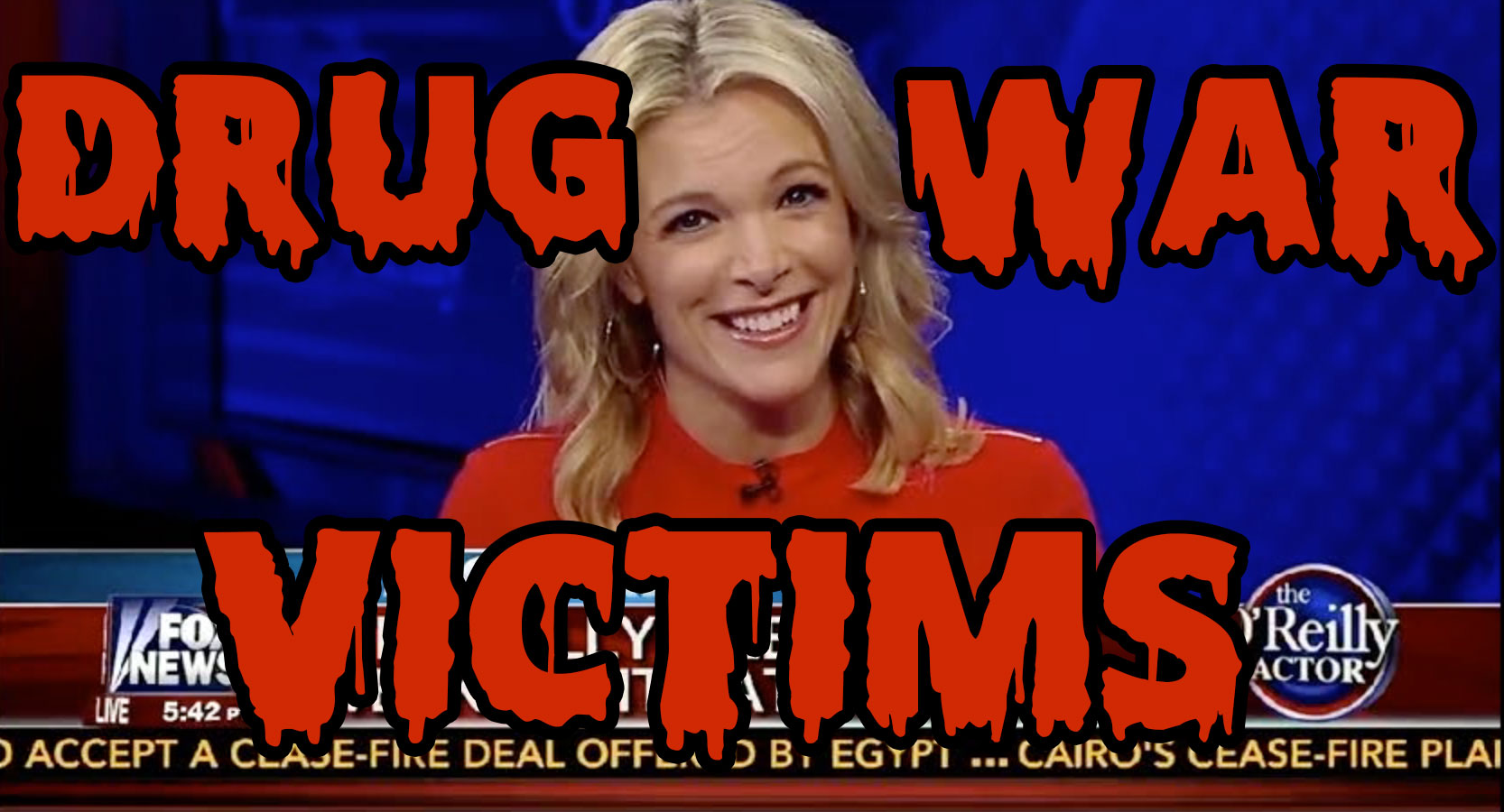 This week, Megyn Kelly and Bill O’Reilly of Fox News talked about CopBlock.org, a police accountability website. In their segment, they mocked founder Ademo Freeman for being a “two-time victim of the War on Drugs.” What’s funny about that? Aren’t we all victims of the War on Drugs? Share your thoughts below.

I caught a clip this week from the O’Reilly Factor on Fox talking about CopBlock.org, a police accountability website. Co-host Megyn Kelly said this about the group’s founder, Ademo Freeman. [Fox News Clip: “Ademo Freeman says he’s a two-time victim of the War on Drugs. I’ve never heard it phrased quite that way.”]

Are you a victim of the war on drugs? I think we all are, whether we’ve been directly affected by law enforcement or not. I’ve been arrested for holding a flower — cannabis. But you don’t have to be arrested to be affected by the War on Drugs.

First, your responsible for footing the bill. And the bill increases each year.

Second, you’re subject to a mistaken raid. There are 40,000 paramilitary raids on American homes each year, mostly SWAT teams breaking down doors and looking for illegal vegetation. In some tragic cases, the police don’t always come to the right house.

Third, you endure the unseen consequences of prohibition. How many life-saving medicine never went to market because doctors are prohibited from researching them? How many fuels weren’t invented because of the ban on cannabis? You can’t see these things because they were prevented from happening, but who knows what the world might look like if the War on Drugs were ended?

Most people have never been presented the idea that the War on Drugs is really a War against Peaceful People. It creates victims. Alcohol prohibition failed, and drug prohibition is failing for the same reasons today. Humans are meant to live free.