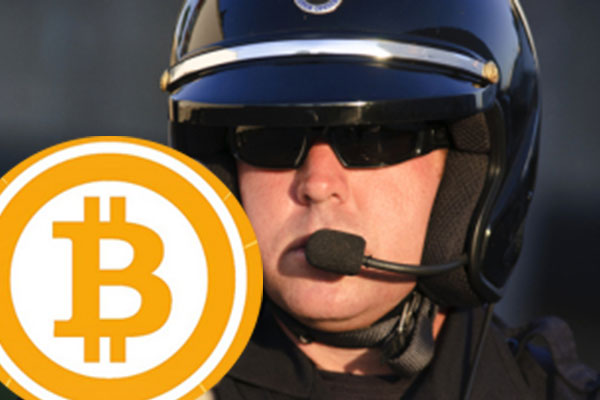 For the first time ever, police paid a ransom in bitcoin. Hey everybody, Welcome to Peace News Now, your daily journal of peaceful resistance! I’m DerrickJ. Today’s Sunday, November 17th 2013. 1 ounce of silver is 21 dollars. 1 Bitcoin is 438 dollars. This episode is brought to you by friends of http://WeUseCoins.com . You’ve probably been hearing a lot about bitcoin in the news. If you’d like to learn more about how you can use this new currency, I recommend you visit http://WeUseCoins.com . It’s the perfect launching pad to get started. That’s http://WeUseCoins.com

Police in Massachusetts paid several hundred dollars in bitcoin this week in order to reverse a virus that locked up their computers. Known as a “ransomware virus,” it allows its creators to lock the affected computers from a remote location. This particular ransomware program was named “Crypto-Locker” It cost the department $750, or a little under two bitcoin at the time of this report, to unlock its computers. The virus did not seek anybody’s personal information, but police have asked computer analysts to tighten the department’s security protocols. That’s a fancy way of saying, “They need a class on learning not to open random email attachments.” This is a historic first, however, in that bitcoin is mainstream enough for police to get their hands on and use to pay ransoms to hackers.

In other news, Reason.com reports that last month a Tennessee judge overseeing a burglary case rejected an unusual pretrial motion. The Prosecuting attorneys for the state wrote to the Judge asking not be referred to as “the Government” because that term is “derogatory.” The request was rejected on first amendment grounds, and the answer back from the judge was snappy and well worth reading. Link in the show notes at PeaceNewsNow.com

Speaking of government courts, the Boston Police finally folded on their case against Carlos Miller. They charged the man behind PhotographyIsNotACrime.com with felony wiretapping for allegedly recording a phone conversation without consent of the officer on duty. After a flood of phone calls from concerned readers of the popular blog, the police relented. They asked that people stop calling. They get the message. Phone floods are a popular, cheap, and effective form of peaceful resistance. Kudos to everyone who made this possible!

The FR33AID campaign to help victims of the typhoon in the Philippines continues! Dozens of online donors have opened their hearts and their bitcoin wallets to those who need food, water, and shelter in the wake of this disaster. Donate some bitcoin today at FR33Aid.com. That’s F-R-3-3-A-i-d.com.

In other news, http://NoArmyCanStopAnIdea.com reports that a hilariously out-of-touch politician in Lousiana wants to close down the library and open a jail. This is a town where nearly half of the homes don’t have internet. More than half its residents have library cards. One local bureaucrat named Lindel Toups pushed the measure because he disapproves of some of the library’s programs. The politician said, Quote, “They’re teaching Mexicans how to speak English. Let that son of a bitch go back to Mexico. There’s just so many things they’re doing that I don’t agree with. Them junkies and hippies and food stamps (recipients) and all, they use the library to look at drugs and food stamps (on the Internet). I see them do it.” Voters in Lafourche Parish will decide in a special election whether to devote their library funding to the jail. Special election indeed. In defense of the proposal, the politician told the local paper, quote, “They’ve got too much money. We’re giving the public the chance to raise the jail money without raising taxes. Any blind man can see that.” The library’s director thinks Toups may have personal reasons for seeing its conditions improved. She said “He does have family members that are incarcerated,” — Toups’ son and grandson, who were charged in 2009 with possession of methamphetamine and drug paraphernalia If voters agree to the proposal, the library will lose a million dollars every year for 30 years, which would create a deficit within three years.