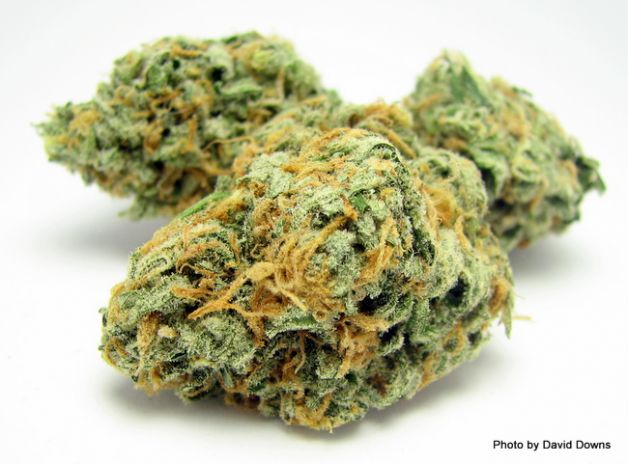 First, news from the Shire:

As of yesterday, the Thelonious Monkfish, a Pan-Asian restaurant at 524 Massachusetts Ave. in Cambridge, Mass. is a real-life over-the-counter establishment that accepts Bitcoin as payment. As in this case, sometimes all it takes is a conversation with the owner. Try asking some establishments that you frequent, “Do you accept Bitcoin?”

Do you want Liberty in your lifetime? Move to New Hampshire & Join the Free Staters! It’s not a coincidence that the Sushi restaurant accepting bitcoin is close to FreeManchester in the Shire. Over 1000 early-movers have already arrived and are getting active enhancing liberty. Numbers make the critical difference. Combine your efforts with others to maximize your impact. Visit FreeStateProject.org to get started.

Watson is the artificially intelligent supercomputer created by IBM. After years of fun winning against humans on Jeopardy by CHEATING and looking up all of its answers on Wikipedia, Watson took its million dollar prize money, went on vacation to the Cayman Islands, and is now finally ready to focus on something productive: Curing Cancer!!

When competing on Jeopardy! in 2011, Watson had access to 200 million pages of structured and unstructured content consuming four terabytes of disk storage, including the full text of Wikipedia, but was not connected to the internet during the game.

Today, Watson is sifting through some 600,000 pieces of medical evidence and two million pages of text from 42 medical journals and clinical trials in oncology research. The combination of Watson’s high-speed data processing, massive storage capacity, and artificial intelligence presents a unique opportunity to speed up the way data is analyzed to diagnose and treat cancer.

Watson, named after IBM founder Thomas Watson, can ingest tens of millions of pages of data in just seconds.

Are you tired of the US government killing people around the world?
Are you tired of having to pay for their murderous rampage?
Stop using their money. There _is_ an alternative.
Bitcoin is a stateless, free market, non-political currency.
Bitcoin is money that cannot be inflated or controlled by any government.
Bitcoin takes the power of money from government, and returns it properly to the people.
By continuing to use the dollar, you are helping the government. Stop doing it.
You have an incredible alternative available now. Learn it, use it, spread it.
Get started with Bitcoin at WeUseCoins.com

Up until now, I have avoided mentioning Christopher Dorner, the former LAPD officer who is being hunted by police, feds, and drones, is now being hunted by actor Charlie Sheen. Before, the news was negative: a murderer being hunted by federal agents, police mistakenly killing multiple innocent victims, the first-ever American citizen to be sought and destroyed by drone. Finally, I get to report on this bit of news in a positive light. Charlie Sheen recently produced a short video in which he addressed Dorner, saying, QUOTE:

(“You mentioned me in your manifesto, so thank you for your kind words. I am urging you to call me. Let’s figure out together how to end this thing. Call me. I look forward to talking to you.”)

Sheen is not known for his calm rationality. But I applaud his attempt to speak reason with one of his fans who happens to be the object of a manhunt. He shows an understanding that talking problems out is the solution, not bullets and bodybags.

A Hemp Bill was approved unanimously in a Kentucky Senate Committee, where Senator Rand Paul and Former CIA Director James Woolsey Testified. The bill is not a big sweeping step for freedom, but it is a baby step for industrial hemp, a crop which will provide a boon of economic activity to Kentucky farmers and their trade partners. The only vocal opponents of the bill were law enforcement, who speculated that some hemp farmers would also grow marijuana.

(No marijuana grower would hide marijuana plants in a hemp field. Marijuana is grown widely spaced to maximize flowers and leaves; hemp is grown tightly-spaced to maximize stalk and is usually harvested before it goes to seed. It is also the first place where law enforcement officials would look.)

Hemp is not marijuana. The two are different varieties of the Cannabis sativa plant. Most importantly, they have different tetrahydrocannabinol content, or THC. THC is derived from the flowering tops, and is the active ingredient responsible for marijuana’s medicinal and psychoactive qualities, with levels ranging from 15 percent to 20 percent. The hemp plant, harvested solely for its seed and stalk, not its low-THC flowers, contains less than 1 percent.

Hemp has been grown for at least 12,000 years for fiber (textiles and paper) and seed (food and fuel).

George Washington and Thomas Jefferson both grew hemp. Ben Franklin owned a mill that made hemp paper. Jefferson drafted the Declaration of Independence on hemp paper.

Hemp was grown commercially in the US until the 1950s. The Marijuana Tax Act of 1937 and the Federal Bureau of Narcotics made it impossible to grow industrial hemp. The United States Drug Enforcement Administration, (the DEA), to this day still regards Industrial Hemp the same as marijuana.

A website called Ripple.com is making waves by offering an open source person to person payment network. This has sparked an interesting discussion by users with the website’s creator. That’s happening in the Bitcoin Forums at BitcoinTalk.org. (Link in this episode’s show notes)

Outro: That’s all the time we have for today. Links to these stories can be found in this episode’s show notes. Find PNN on YouTube, iTunes, Twitter, Facebook, & LiveLeak. For PeaceNewsNow.com, I’m DerrickJ. Peace!

Leave a Reply to Want to accept bitcoins? Cancel reply